The most comprehensive Challenger Repair and Service Manuals 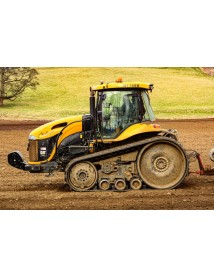 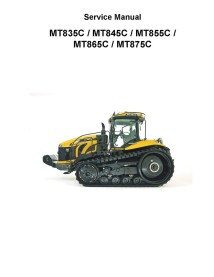 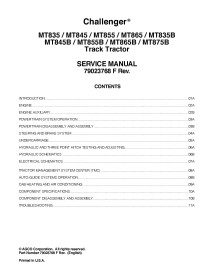 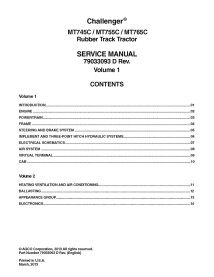 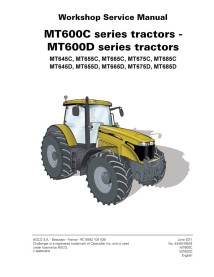 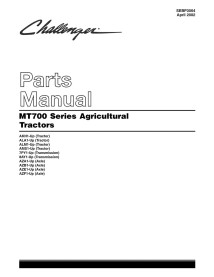 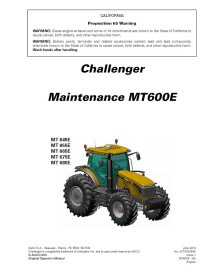 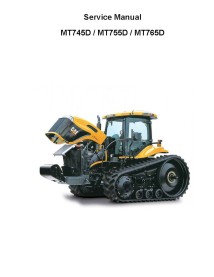 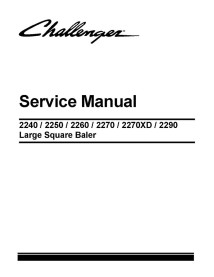 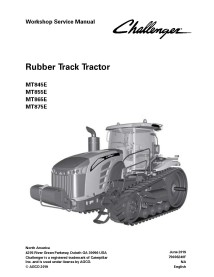 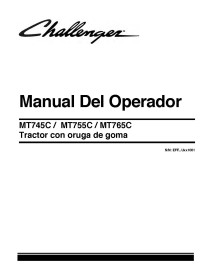 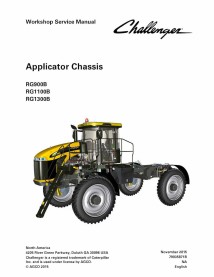 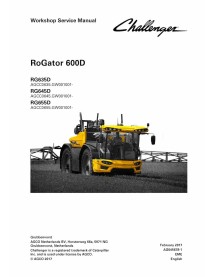 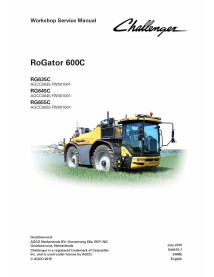 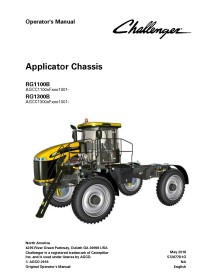 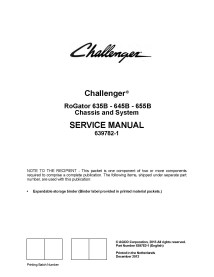 Challenger RoGator 635B, 645B, 655B self-propelled sprayer service manual

Challenger
CHAL-639782-1
English
$38.90
English
Format: PDF Pages: 748 File size: 122,94 MB Service manual for Challenger RoGator 635B, 645B, 655B is available for instant download after purchase at any time. Can be downloaded and viewed on any device. Download free preview PDF file using link in Attachments TAB 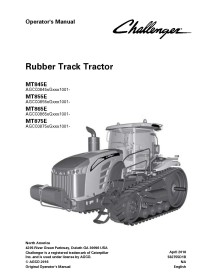 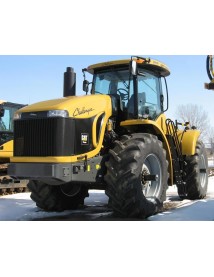 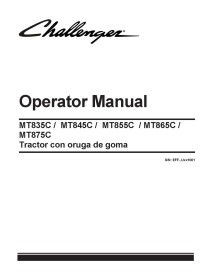 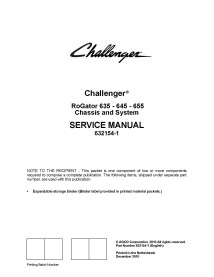 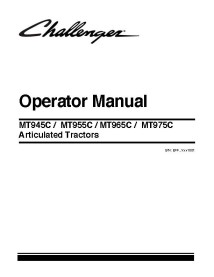 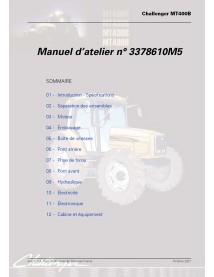 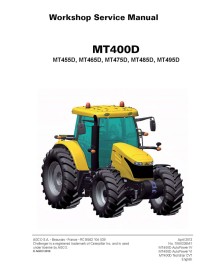 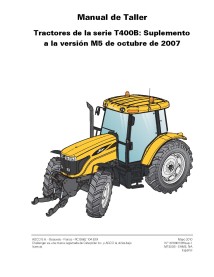 Challenger is a brand of agricultural tractors, created by Caterpillar Inc.

In 1986 and sold to AGCO in 2002. The original model was the Challenger 65 featuring the Mobile-Trac System (MTS) consisting of rubber tracks and a suspension system. Although marketed as the world's first rubber-tracked agricultural tractor, East German Company VEB Traktorenwerk Schönebeck had produced a tracked tractor (the ZT 300 GB) since 1983. The MTS combined the flotation and traction of steel tracks with the versatility of rubber tires. The use of tracks gave the machines increased tractive performance compared to traditional four wheel drive tractors equipped with tires. The Challenger 65 began as a 270 gross HP machine used primarily for heavy tillage.

In 1995 Caterpillar introduced the first "row crop" tracked machines with the Challenger 35, 45 and 55. These machines ranged in power from 130 KW PTO to 168 KW and were designed to be used for a variety of tasks the larger machines could not. The Challenger tracked tractor was produced by Caterpillar at their Dekalb, Illinois location until the Challenger name and all of its associated agricultural assets were sold to AGCO.

Since 2002, when the brand was purchased by AGCO, Challenger tractors have been manufactured at the company's Jackson, Minnesota facility. At the time AGCO purchased the Challenger brand most Challenger dealers were also Caterpillar construction equipment dealers. Although AGCO has shifted focus of the Challenger tractor to the agricultural market, the construction market is still an important sector for the tractors as AGCO still manufactures specially configured machines for use with pull-type earth moving equipment.

The Caterpillar Challenger MT875B was the most powerful production tractor available during its span with 430 KW gross engine power. In 2007, the MT875B broke the world record for most land tilled in 24 hours with a custom-made, 14 m disc harrow fabricated by Grégoire Besson. It tilled 644 ha. The tractor consumed 4.42 liters/ha diesel fuel.

The current production of Challenger tractors has expanded to include both tracked and wheeled type tractors. Both types are available in either row-crop or flotation type configurations depending upon the preference of the customer. Since their purchase in 2002, the Challenger brand has used a Caterpillar diesel engine in the majority of their models. However, with the introduction of the D series of each tractor model, AGCO began implementing the use of AGCO POWER branded engines that are Tier 4i/Stage 3B emission compliant by using e3, a Selective Catalytic Reduction system which injects urea in engine's exhaust gas stream to reduce nitrogen oxides and particulate matter emitted to the atmosphere.

Search our site for the Challenger service manual you need.