Massey Ferguson Limited is an agricultural equipment manufacturer, formed by the 1953 merger of farm equipment’s manufacturers Massey Harris (Canada) and the Ferguson Company (Britain). Massey Ferguson agricultural products range includes Combines, Tractors, Telescopic Handlers, Engines, Planters and more. The wide range of Massey Ferguson manuals: service manual, owner’s manual, workshop manual, repair manual, parts manual and shop manual we have will facilitate repairs of any your Massey Ferguson machinery. If you are looking for instructions and detailed guide to repair your Massey Ferguson equipment’s, then these manuals will definitely help you. Read operating instructions and precaution highlighted in the manuals before you operate or service Massey Ferguson equipment. All the information, illustration and specification in manuals are based on the latest information at the time of publication.

Here you can find Massey Ferguson manuals for combines, tractors, movers, headers and other AG machines. PDF manuals previews are available for free, full downloads are available instantly after payment.

The most comprehensive Massey Ferguson Repair and Service Manuals 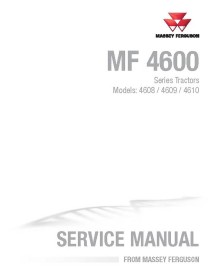 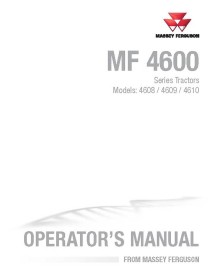 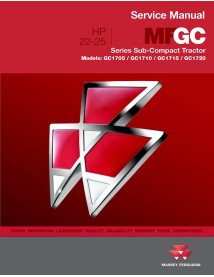 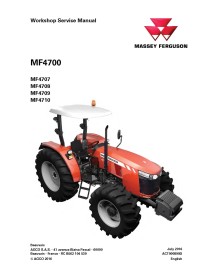 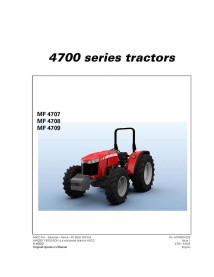 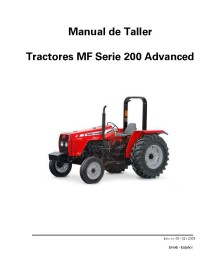 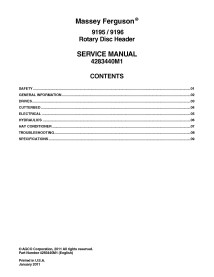 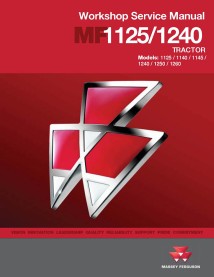 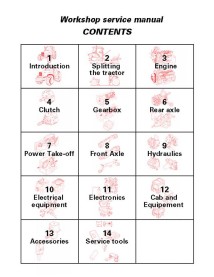 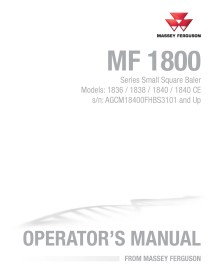 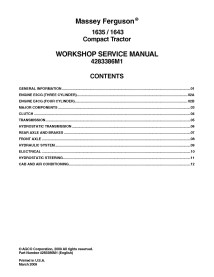 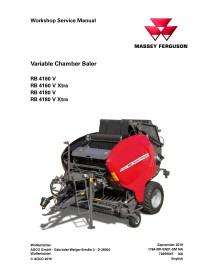 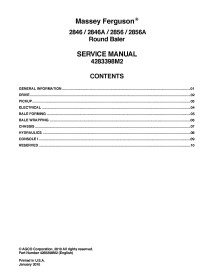 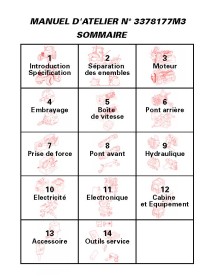 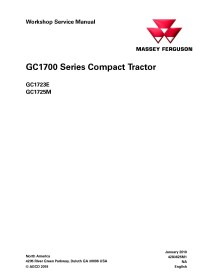 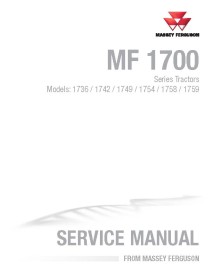 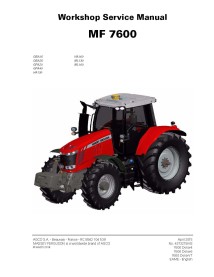 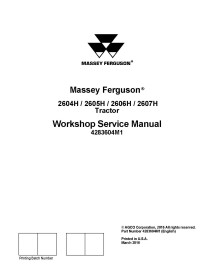 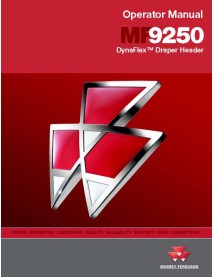 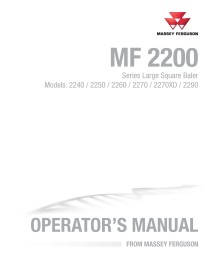 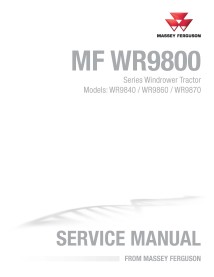 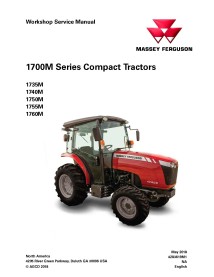 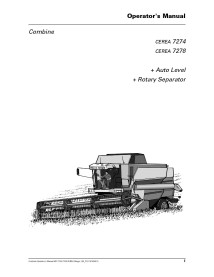 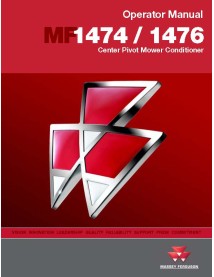 Massey Ferguson is an American company, the largest manufacturer of agricultural equipment in the world, which is part of the AGCO Corporation. The history of Massey Ferguson begins in 1847 when the Canadian farm owner, Daniel Massey, began to manufacture and repair machines for nearby farms. Ten years later, Harris came to Alanson Harris to organize horse-drawn equipment. The companies of Massey and Harrison developed rapidly and eventually merged in 1891, becoming Canada's largest producer of agricultural machinery, developing a self-propelled combine in 1938. The world leader Massey-Harris could not help but notice another leader on the market - Harry Ferguson Limited - and, in order to become even stronger, decides to acquire this incredibly successful tractor business. This fateful merger of the two largest enterprises in 1953 takes place. And in the spring of 1958, the registration of the renewed company was completed, which decided to change the name Massey-Harris-Ferguson to the familiar Massey Ferguson. In 1958, the company produced an extremely successful TE-20 tractor, which broke all records for the number of vehicles sold - a total of 520,000 units were sold. Another victory for the company was the 1978 MF 1505, the world's first electronically controlled linkage tractor (ELC) designed primarily for the North American market. Following Ferguson’s three-point adjustable linkage international success, Massey Ferguson once again took on the role of a pioneer by developing an electronic lift control system and increasing the accuracy and convenience of working attachments.

In 1986, the production of the first “intelligent” tractors of the MF 3000 series was mastered, which was distinguished by the use of a new, expanded electronic control system. It included the Autotronic system, which provided for two power flows and was responsible for the gearbox, the PTO, and the hoist, as well as the Datatronic system, which collected data and tracked the efficiency of the tractor.

These important innovations by Massey Ferguson ushered in a new era in the development of precision and economical farming. This development of tractor electronics, as well as the subsequent introduction of GPS Link technology - another MF innovation for integrating the crop mapping system into combine harvesters - made a key contribution to crop production with the division of cultivated areas into categories.

Over the entire 150-year history of its existence under the Massey Ferguson brand, more than five million tractors and 350,000 combines have been produced. Currently, about 130,000 tractors are produced annually, which are always easy to recognize by the legendary logo in the form of three triangles on a red background.

A wide dealer network in 150 countries of the world allows the company's customers to appreciate all the advantages of the manufactured equipment.